Sometimes, you may need to perform some tasks, such as altering the traffic that is captured by Hypertest. This can be done programmatically via "Middlewares" which are in simple terms, functions that a user can write in order to implement a custom functionality. 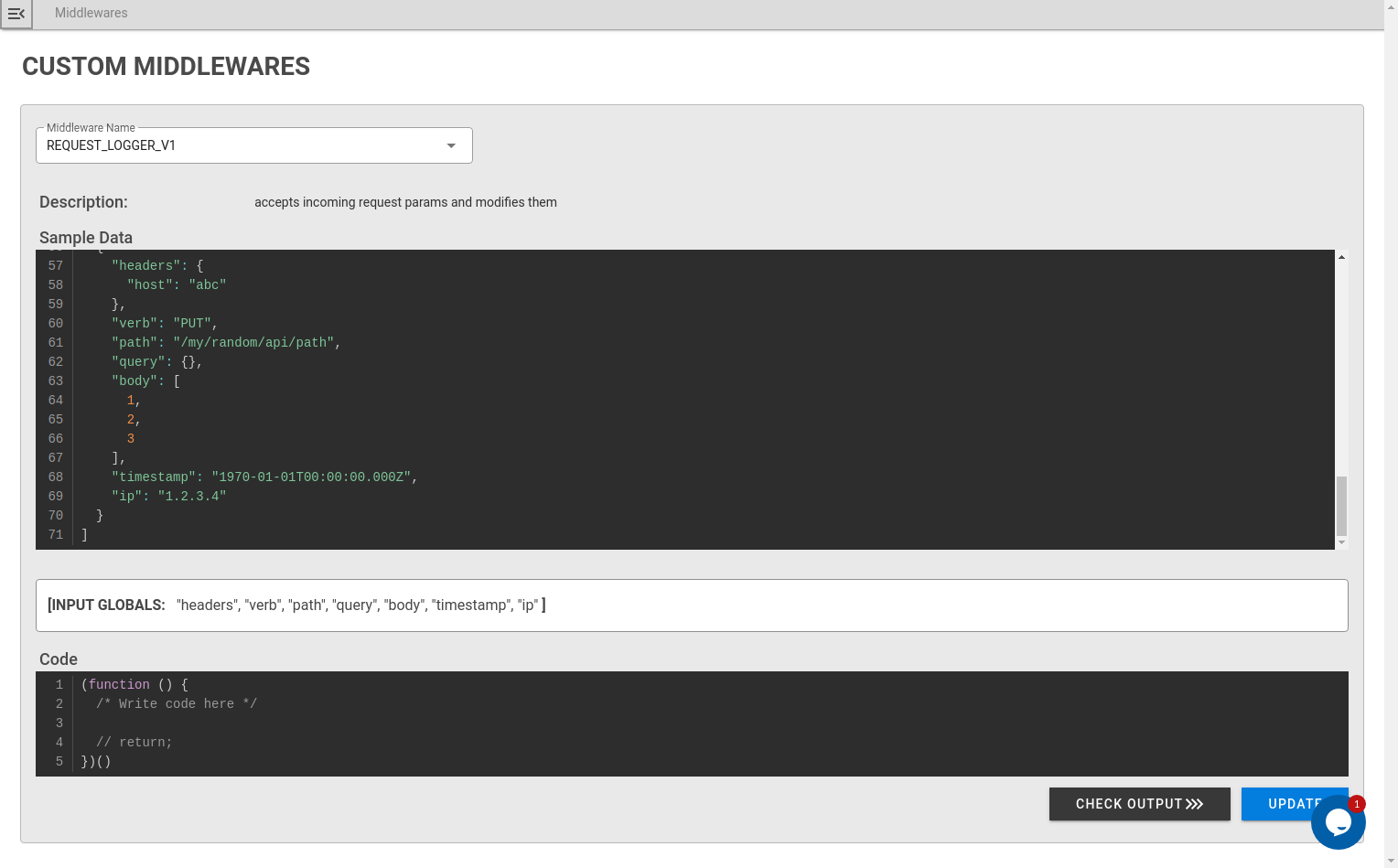 After writing your middleware always use the check output function to verify the middleware.

Following is a detailed explanation of all the middlewares that Hypertest provides: