The build report is a generated report for a particular test analysis. 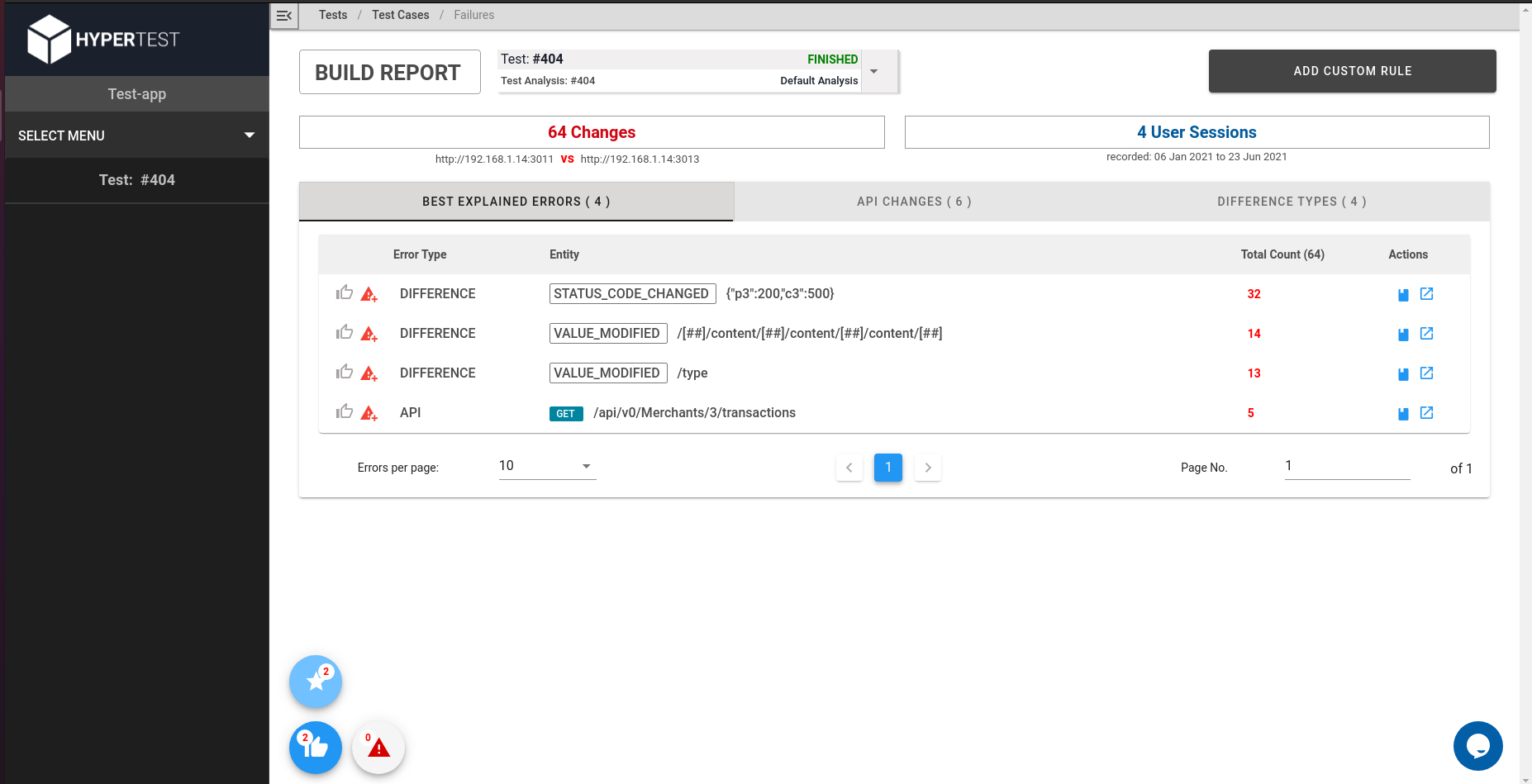 The best explained errors are changes intelligently picked by Hypertest itself in such a way that the user can consume the Build report in the most efficient way. It is a list that can contain items from both API changes, or the difference types.

It is recommended to go through the best explained errors before checking out the other 2 lists.

This is the API path on which a difference is noted. 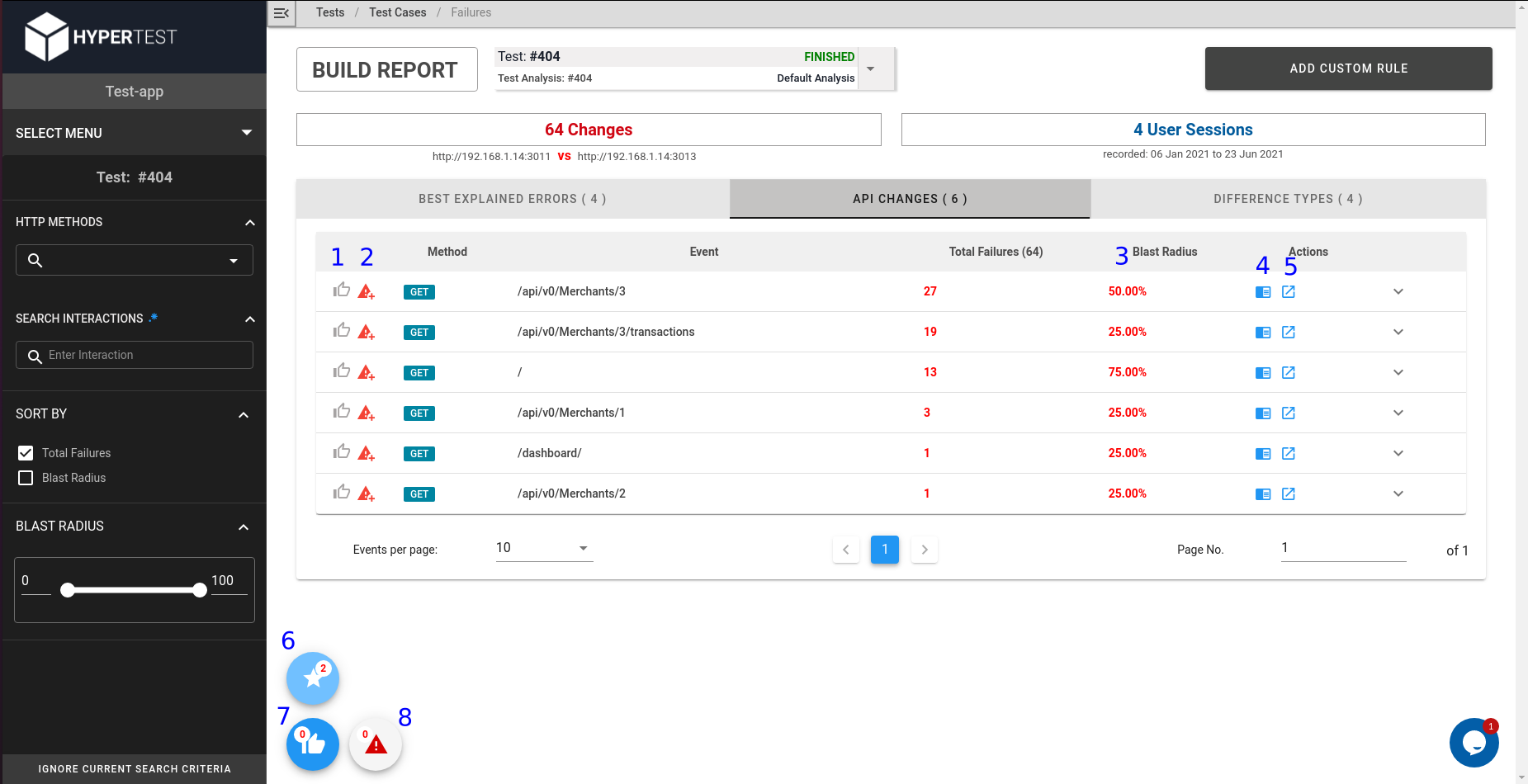 Difference Types are the actual differences in response that are observed by Hypertest.

API differences and Difference types are not 2 different methods to categorize changes i.e. there can be a many-to-many relationship between the members of the 2 categories. This is done primarily to make faster inferences.