After performing the setup and configuring hypertest, hypertest is ready to run tests.

Click on the START NEW TEST from the Hypertest dashboard.

You get a number of options while starting a new test: 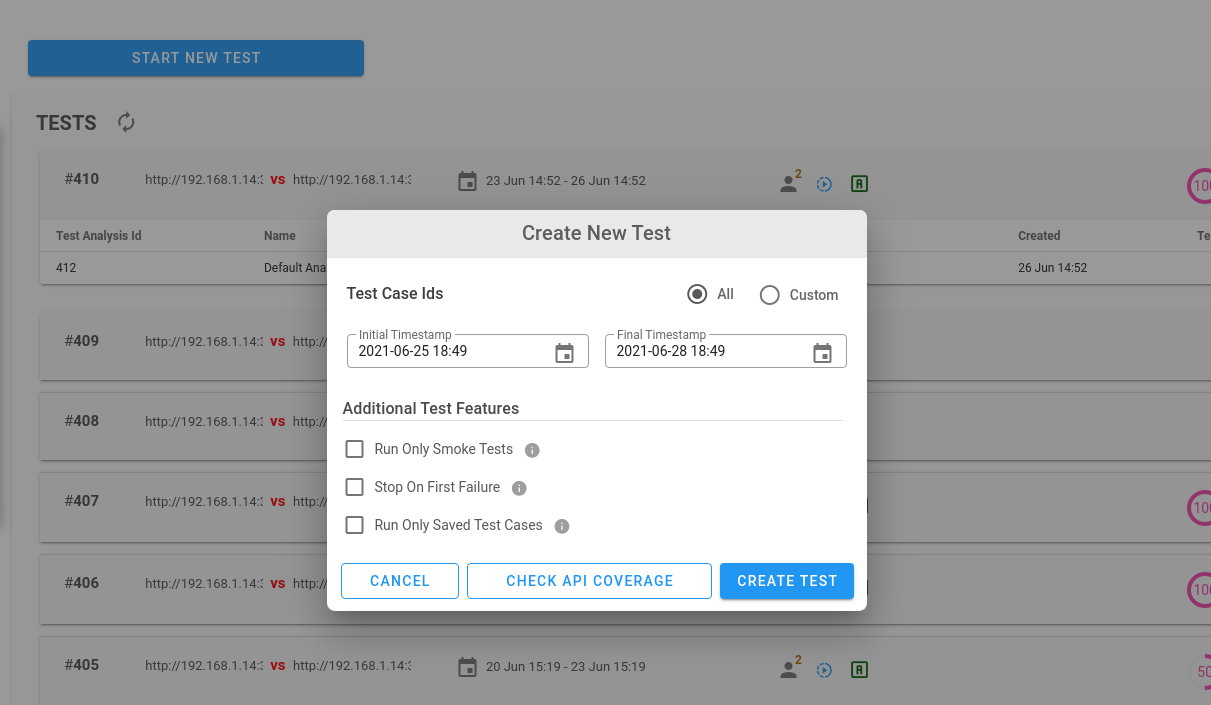 In order to be able to see the percentage of APIs covered by Hypertest, it needs swagger API file, the path of which can be provided to Hypertest via the OAS_DOC_PATH config parameter.

Upon the successful completion of the test, an analysis will be generated for you. Every such analysis contains a report called a Build Report that shows every change that has been observed by Hypertest.

Every test has at least one analysis, called a default analysis. Hypertest provides a number of filters that can be used to selectively pick information, which creates a new analysis.

For example, suppose a new change has been observed by Hypertest which is actually desired. Now if this change appears too frequently in the default report, it can be added to a custom list which creates a new Analysis. This also means that analysis are immutable; there will be one per set of conditions: analysis and other parameters such as filters.