A custom analysis can be created by applying filters over the default test analysis, allowing a user to tailor the results of the created analysis in such a way that makes it easier to go through the build report.

A typical example would be the addition of a new feature. Because Hypertest will report every change to the user, it may be better if the analysis ignores the changes that occur due to the new features, so that all the reported changes are now actually things that existed before, but are behaving differently.

A change can be ignored by adding it to the ignored list. which can be done from a number of places. For example, the build report. There is also the provision to create custom rule which ignores all matching changes observed.

Ignored list is universal i.e. the changes ignored list are not limited to a particular test case.

After adding a change to the ignored list, it can be marked as desired which will create a new analysis. 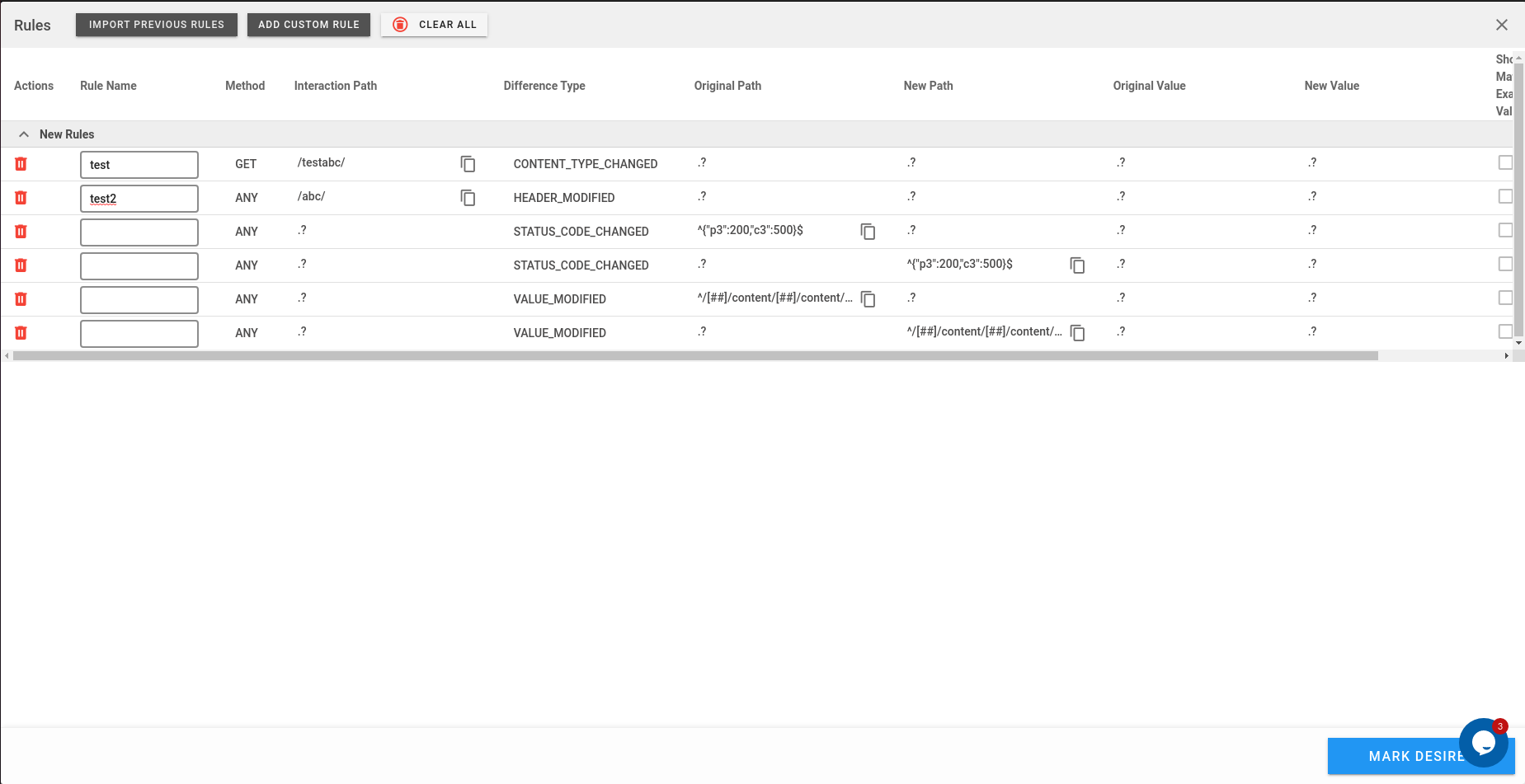